Speed ski is the Formula One of ski: in less than six seconds one accelerates from 0 to 200 km/h (the world record is 252.454km/h), an incredible speed on two legs and a pair of ski.
There are two competitions: the World Cup organized by the FIS, and a professional one, which, originally comprised of two or three races, in recent years it has been reduced to a single event to hunt the record. 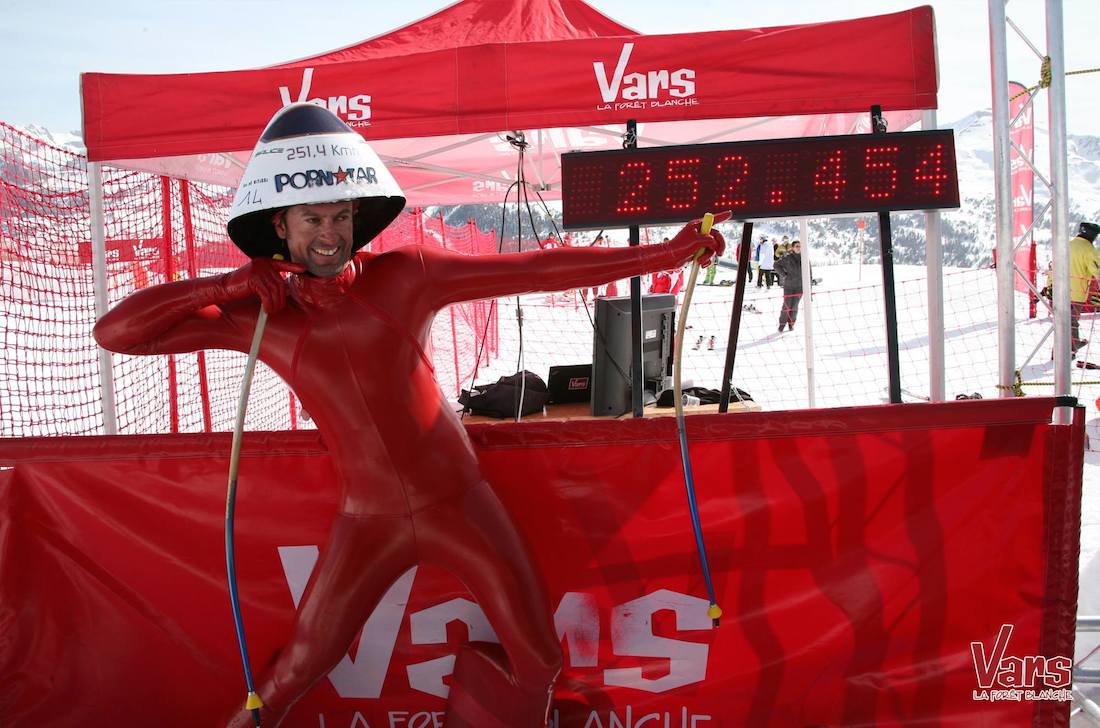 After the end of the Breuil-Cervinia era begins the French era with Les Arc where in 1992 speed ski was a demonstration sport during the Olympic Games and Vars where I hit 252.454 km/h in 2014.

A racing track (twenty in all the world, although at this time we compete only on six of them) must have at least three points of departure (staggered), the timing area always has a length of 100 meters, the braking area must have a continuously decreasing slope and end with no more than 6% decline. The snow surface must be smooth throughout the whole track and meticulously prepared, with unobstructed safety areas on the sides with a size of  about 20 meters wide.

With wind speeds above 15 km/h the race must be stopped. An athlete may perform only two races with more than 230 km/h on the same day to prevent excessive heart and musculature stress.

Precise technical standards require the timing system to work with a precision of 1/1000 of a second. Participants must be at least 16 years old. Men must have reached a speed of 180 km/h and women 170 km/h previously. A medical certificate and insurance is mandatory.

As in many other disciplines also in Speed Ski the materials used are the primary subject for research to improve performance. Science and technology are indispensable allies to find new ways to ski faster. A very important task to improve performance is to study aerodynamic behavior in the wind tunnel. Great effort is done on the composition of ski waxes and slide faces to achieve maximum smoothness.

Regarding the clothing the main objective of research is to minimize air resistance. Suits are made of  polyurethane and polypropylene whereas helmets are made of glass fiber, carbon and kevlar, designed in a similar way as the nose cone of airplanes. Like them the helmet has to pierce the air which then passes along its body with a minimum of friction.

Listed below are all of the records from 1930 to present date.