Present and past of the speed ski champion Simone Origone

I was born in Aosta on the 8th November 1979 and i live in Champoluc (Val d’Ayas). Ski instructor and mountain guide, working for the ski school and for mountain guides company of  Champoluc.
I started skiing when I was 3 years old with my dad who was alpine skiing instructor; I immediately became part of the Val d’Ayas ski club for which I have always challenged, excluding a break of a few years when I run for the Cervinia ski club. 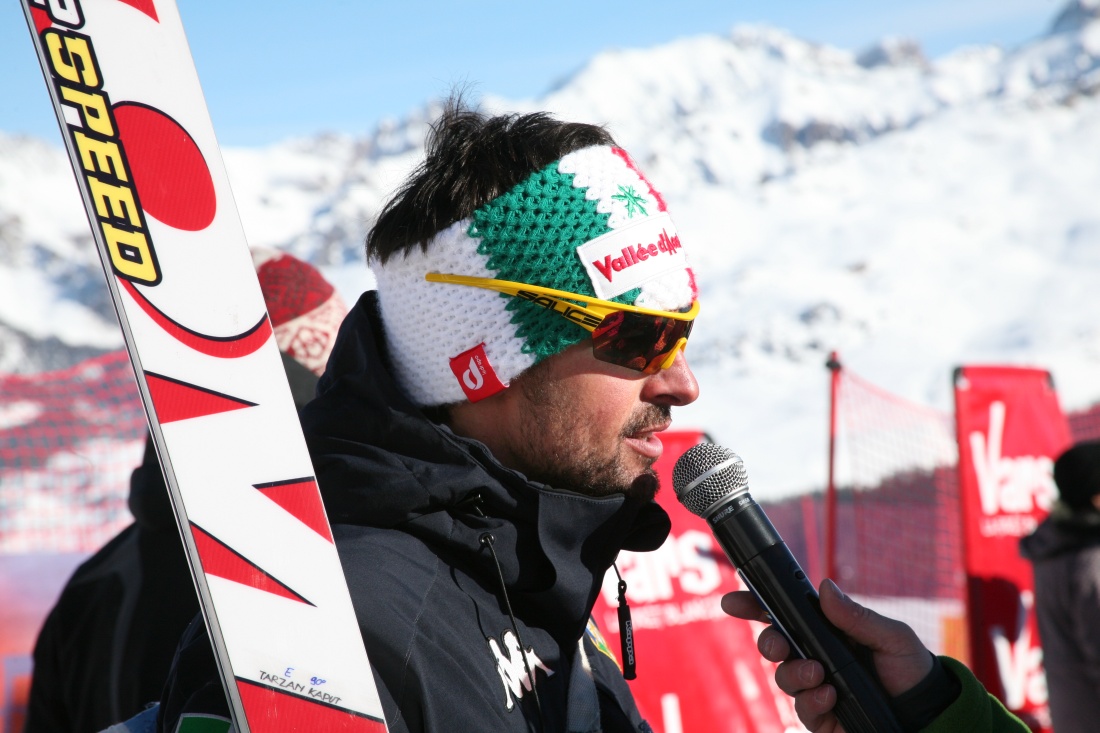 At 16, I became a part of the Aosta Valley Committee for fast ski discipline. Bruno Seletto was my trainer and he passed me down the passion for speed and teached me to live as an athlete.

At 19 I became a member of the secondary sport team of Italian  Army, but after six months I came discharged for an illness. So, after the 1998/1999 season, I decided to retire myself from racing alpine skiing.

In 2003 I went in France with a friend to try a workout in Speed Ski on the famous Olympic track of Les Arcs 2000. In April 2006 I established there my first speed ski record: 251.400 km/h. In this workout, using downhill materials, I reached the speed of 179 km/h and here all comes.After this I signed up to the first race that I won with the speed of 200.89 km/h.

Thanks to the good results I achieved in 2004 I was called by the Italian speed ski national team and my career get off the ground. Starting from this I have had a lot of satisfaction and good results but also difficult times due to injuries and a couple of falls. Anyway it’s always deep-rooted in me the desire to continue to run and try to go faster and faster, beating new records.

Simultaneously to the speed ski activity for a while I moved also to the resistance climb among the Valle d’Aosta mountains. In 2007 I climbed all the peaks above 4000mt along the Monte Rosa and Matterhorn range (21 peaks above 4000mt). In the summer of 2009 I attempted to concatenate the peaks of Mont Blanc, the Matterhorn and Monte Rosa in 24 hours, with transfer by bike: unfortunately on the Matterhorn, after 17 hours, because of a strong pain in my knees, I stopped at three-quarters of this challenge, after an altitude range of 8000mt and 120 km using bike.

Since then I decided to dedicate myself to speed ski and overlook these summer activities. In the summer 2014 I however partecipate to an expedition on the K2 organized by Agostino Da Polenza and name “K2 – 60 years later”.

The 2019 season was special. I won the Eleventh World Cup and the Sixth World Gold that I had missed since 2013. I won the double World Cup and Gold World Cup for the sixth time, a unique achievement in the world of winter sports. Unfortunately the poor snow conditions have caused the cancellation of Speed ​​Master in Vars, a race where world record is attempted.

The 2020 season was triumphant, in fact I won all the races on the world circuit until the outbreak of the pandemic which ended the season early.
The 2021 races were strongly influenced by Covid, in fact we could only run the Swedish stage of Idre, where we played three races that won the world cup to the French Simon Billy and I finished third.
In 2022 we returned to racing normally, doing all the races on the program. We had a World Championship and a regular World Cup, but unfortunately given the lack of snow for the third consecutive year the race of the world record attempt was missed.
The season began with the Vars World Championships where I won a Bronze medal, the only metal I was missing in my collection and at the end of the season, 18 years after the first, I happily won my thirteenth World Cup.
New challenges await me next year.